Yes, yes, i know, i'm way behind getting these up. Problems formatting the posts are the primary reason, it's become almost like work, My own health problems haven't helped, either. I'll get there. 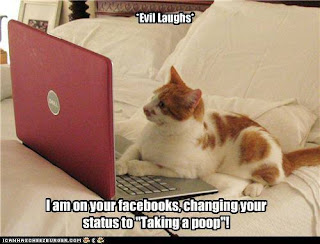 Bill Quateman – Shot In The Dark

Dan Fogelberg – Man in The Mirror / Below The Surface

Bob Dylan – All Along The Watchtower

Morningstar – Through The Night

Le Roux – Let Me Be Your Fantasy

The Clash – Police On My Back

Dave Mason – Shouldn't Have Took More Than You Gave

The Rascals – A Beautiful Morning

Painter – Goin' Down The Road

Bad Company – Call On Me

Foghat – Take It Or Leave It

Dave Mason – A Heartache, A Shadow, A Lifetime

The Rolling Stones – Can't You Hear Me Knocking

The Moody Blues – Ride My See-Saw

Peter Green – In The Skies

Dick Gaughan – Lucky For Some

Baka Bayond – Spirit Of The Forest

Sheryl Crow -- Live From The Ryman And More (2 CDs)

June Tabor – Some Other Time

I'm getting tired of this, i spend a lot of time composing these posts in a word document, then i copy and paste what i've written to here. What i've been winding up with lately is a shambles like this, below. (This first sentence i've written online.)

Until i can figure out where i'm going wrong, you're stuck with practically indecipherable post. Merde....

Quotation Of The Week: Judge Ketanji Brown Jackson ~ The primary takeaway from the past 250 years of recorded American history is that Presidents are not kings.

Renaissance – Carpet Of The Sun

Firefall – Love That Got Away

Steve Winwood – Still In The Game

Max Gronenthal – Get It Straight

The Doobie Brothers – Here To Love You

The Babys – Isn't It Time

Mark-Almond – What Am I Living For

Radiohead – Hail To The Thief

The Chieftaims – Water In The Well

Oysterband – Diamonds On The Water

Jeff Beck – Who Else!

A Fine Frenzy – Bomb In A Birdcage

Marillion – Sounds That Can't Be Made

Various Artists – Made In Britain 2007

Lindisfarne – Nicely Out Of Tune

As you may or may not know, i live in Canada, and for some reason KSHE doesn't stream their audio to here. I have to connect via a VPN in order to spoof an American address. According to whatismyipaddress.com, this week i was listening from somwhere in New York City. Quotation of the week: Debbie Harry ~ "That was always what I felt was the beauty of Rock 'n' Roll, it was entertainment and showbiz yet it had the idea of the voice of the people, it had an essence to it which was socially motivated. Not that I want to change to world, you know? But it was sort of relevant to real life, it involved the real essence of poetry or the real essence of fine art. But it was also entertainment. That was the real vitality." Now that's more like it! After last week's mediocre installment and another first hour that was generally a waste, off we went into definite "A+" territory. Oh, sure, there was some crap -- John O'Banion (?!?) (he was very popular in Japan, apparently), Night Ranger and Ted Nugent, for instance, but there was also one of Dan Fogelberg's most heart-achingly beatiful songs plus faves by Jackson Browne, Bob Dylan, Camel and Saga. John O'Banion -- Love Is Blind The Grateful Dead -- Playing In The Band Tantrum -- Rather Be Rockin' The Rolling Stones -- Rock And A Hard Place Krokus -- Screaming In The Night Night Ranger -- Sing Me Away The Fixx -- Stand Or Fall Crawler -- Stone Cold Sober Eric Clapton -- Tulsa Time Jackson Browne -- You Love The Thunder The Outlaws -- Freeborn Man Kayak -- Keep The Change The Clash -- London Calling The Moody Blues -- Legend Of A Mind Bob Dylan -- Maggie's Farm John Mellencamp -- Minutes To Memories Camel -- Who We Are Nazareth -- Razamanaz Dan Fogelberg -- Nether Lands Paul Collins Beat -- On The Highway Barclay James Harvest -- See Me See You Ted Nugent -- Free For All Budgie -- Sky High Percentage Tycoon -- Such A Woman Streets -- If Love Should Go Bachman-Turner Overdrive -- Blue Collar Deep Purple -- Kentucky Woman Joe Walsh -- Meadows Aldo Nova -- Monkey On Your Back Saga -- On The Loose Tommy Bolin -- Post Toastee Vinegar Joe -- Never Met A Dog Blind Faith -- The Presence Of The Lord Ambrosia -- Ready Scorpions -- Loving You Sunday Morning Status Quo -- Pictures Of Matchstick Men My personal playlist isn't especially lengthy, even though i remain off from my other job -- i've taken to watching a movie almost every afternoon. Kate Bush – The Sensual World Pat Benatar – Best Shots James Taylor – Covers Talk Talk – The Colour Of Spring Richard Thompson – Serpent's Tears Runrig – The Last Dance (3 CDs) Sparks – Propaganda Paul Simon – You're The One Peter Gabriel et al. -- Big Blue Ball Sharon Shannon – Each Little Thing Fairport Convention – Shuffle And Go Wolfscote – Turn The Glass Waterson : Carthy -- Waterson : Carthy Tim Renwick – Privateer Lindisfarne – Dingly Dell Ofra Harnoy – Silent Woods Outback – Baka Capercaillie – To The Moon The Beat – I Just Can't Stop It Joni Mitchell – Don Juan's Reckless Daughter Mark Knopfler – Shangri-La Van Morrison – Astral Weeks Paul Kantner / Jefferson Starship – Blows Against The Empire Eliza Gilkyson – 2020 Bob Dylan – Blood On The Tracks Roxy Music – The Best Of Roxy Music Adele – 21 The Sugar Cubes – Life's Too Good Dead Can Dance – In Concert Jane Siberry – City Loreena McKennitt – The Visit Various Artists – Africa Rising Enya – Paint The Sky With Stars: The Best Of Enya Franz Ferdinand – Franz Ferdinand John Fogerty – Premonition
Posted by Freg at 3:54 pm No comments:

As you may or may not know, i live in Canada, and for some reason KSHE doesn't stream their audio to here. I have to connect via a VPN in order to spoof an American address. According to whatismyipaddress.com, this week i was listening from Staten Island, New York.

Quotation Of The Week: Claude Debussy ~ Listen to no one's advice except that of the wind in the trees. That can recount the whole history of mankind.

Today's was the first edition of The Klassics Show i'd been able to listen to in a month (long story) and i'm afraid i have to call it a major disappointment, The inclusion of a song by Dan Fogelberg automatically means a grade of A+ but honestly, without that the show may just – just -- have scraped by with a C. And it wasn't even one of Dan's better songs!

Most of the first hour was pretty much a waste of time, starting with dreadful songs by Ray Manzarek and Rod Stewart and then Eric Clapton reminding us how much he'd forgotten about how to rock and roll. The James Gang's song was pretty good but then, finally, some real music with Thin Lizzy plus the much-loved Phasors On Stun.

Things didn't improve much, although there was great music by Bob Seger, Deep Purple, Billy Joel , Marillion and Brownsville Station amd, well, that's about it. Even artists i normally love were represented by inferior songs and that's about it.

Here's a picture of where i spent most of September. 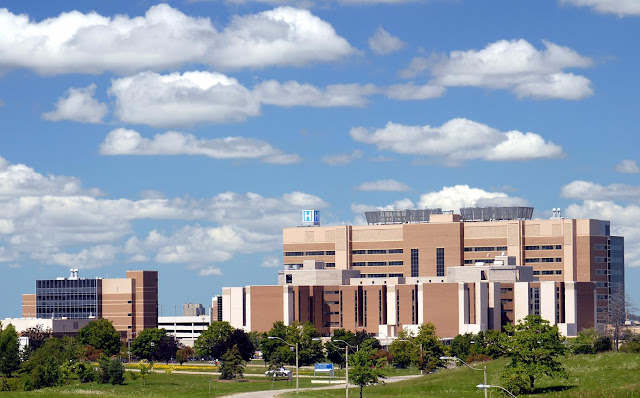 Uriah Heep – That's The Way That It Is

Ron Wood – I Can Feel The Fire

Bob Dylan – Shelter From The Storm

Off Broadway – Stay In Time

Billy Joel – The Ballad Of Billy The Kid

Crosby, Stills & Nash – Too Much Love To Hide

The Pousette-Dart Band – What Can I Say

The Doors – Waiting For The Sun

The Doobie Brothers – You Belong To Me

My personal playlist was a short one this time – i simply wasn't here:

Kate Rusby – Hand Me Down

Fairport Convention – Who Knows Where The Time Goes?

Marillion – With Friends From The Orchestra

Freg
Stratford, Ontario, Canada
Stuck in the colonies in a dead-end job